I meant to do this post on Monday but we had two more big aftershocks. The power was knocked out again but thankfully we got it back on in the evening. We're back to boiling all the water too. Luckily, the house wasn't really damaged further. The cracks (including the one above my door which reminds me of the crack in Amy Pond's room) all seem to have got bigger but apart from that there wasn't any significant damage.

I was actually wearing this dress at the time of the big 6.3 magnitude quake. I was also wearing a pair of relatively high heels, which is something I would not recommend.

Nothing about this dress has really gone to plan so maybe I shouldn't have been surprised that my attempt at posting on Monday was thwarted. Do you recognise the pattern? I thought not. That's because the dress looks nothing like the pattern envelope. It's the peplum dress pattern. Once I'd cut it out and started sewing it I decided that I didn't like the way the peplum sat so I got rid of it. The neckline looked funny as well so I folded it back and added two buttons as decoration. 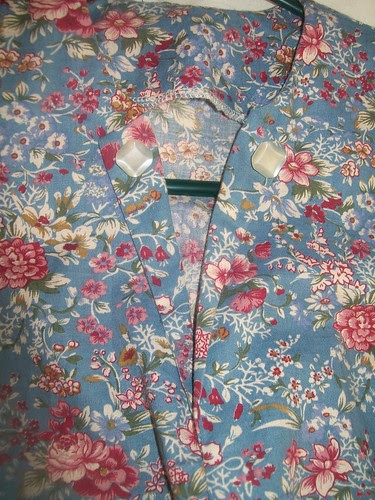 I swear it looks more even in person.

I did lots of handstitching on this. The hem, the armholes and the zip were all done by hand. Usually I hate hand sewing but I found it strangely relaxing this time. 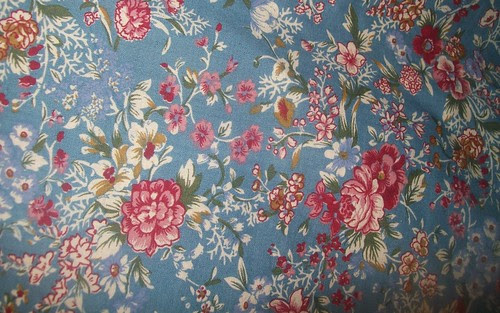 I love the print. The fabric is a thin cotton I've had in my stash for ages. The buttons, zip and cotton were all from my stash as well.

I look slightly stunned. It's probably the lack of sleep.

After all the drama, this dress is kind of...meh. It's okay but I don't love it. Don't get me wrong, I will wear it because I didn't spend all that time hand stitching to just discard it.

I have started on my second dress. I am pretty behind on the June Challenge but, since I (thankfully) don't have any exams, I can hopefully catch up.
Posted by Camelia Crinoline at 12:05 PM
Labels: 40s dress, earthquake, June Challenge, McCall 7622, stash bustin'