When I've sewn something I usually have scraps of fabric left. I tend to throw all the little scraps out but chucking away bigger pieces seems like a waste. These pieces just sit in my fabric stash because I have no idea what to do with them. I don't want to make little purses or rag rugs or any of the other cutesy things all the lists I've seen online suggest. When one of the pairs of pajama shorts my mum had made me for Christmas (not to wear for Christmas, but as a Christmas present) years ago started to fall apart I realised what I could use all those fabric leftovers for. I used an old pair of pajamas as a pattern and then whipped up three pairs in a couple of hours. They were really easy and quick to sew. 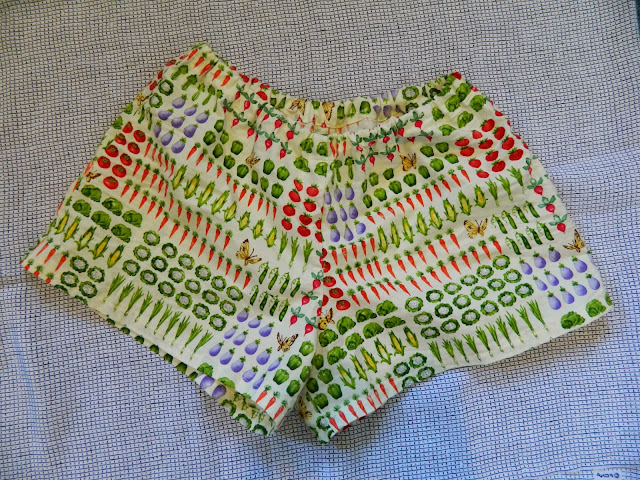 I managed to get two pleated skirts (I sold one) and a pair of pjs out of this vege print fabric. I used french seams because, as previously discussed, I am lazy and they look good. The elastic was all stuff I had in my stash. I'm not quite sure why I have a stash of elastic given I hardly ever make anything with that type of elastic. Forethought, maybe? 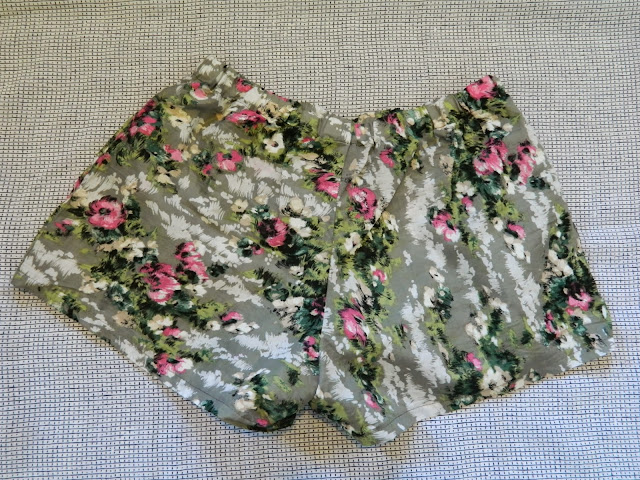 I used this sheer cotton to make a dress (which I will do a post on shortly), and made these with the leftovers. This is a view of the back. As you can see, it's very similar to the shape of the front. 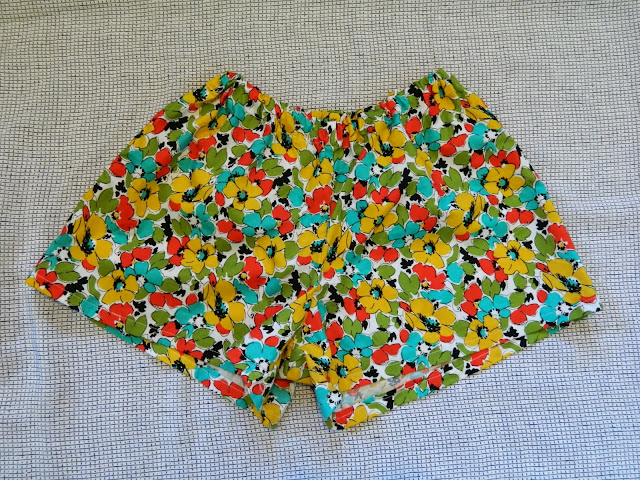 My mum used this fabric to make a dress and I stole the leftovers to make these. I wish I had a dress made out of it because the print is awesome, but pajamas will have to do. I didn't make any tops to go with these because I usually just sleep in singlets.
Posted by Camelia Crinoline at 2:11 PM 12 comments:
Labels: sewing, sleepwear, what to do with leftover fabric

Is she pretty on the inside? 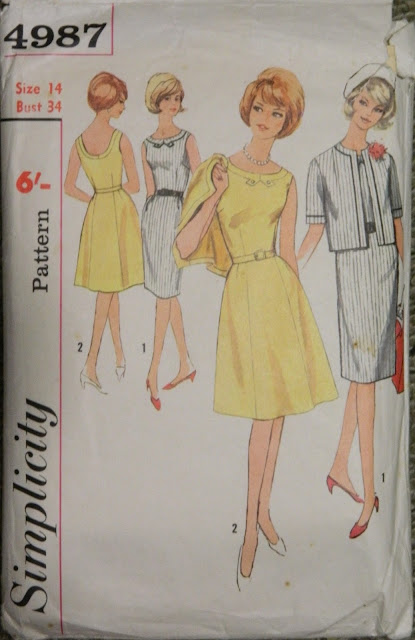 I bought this pattern with a bunch of other early 60's ones. I liked the bow-type thing on the neckline, but didn't find either of the skirt styles very appealing. I decided to do a box pleated skirt instead of the a-line or straight skirts from the pattern. 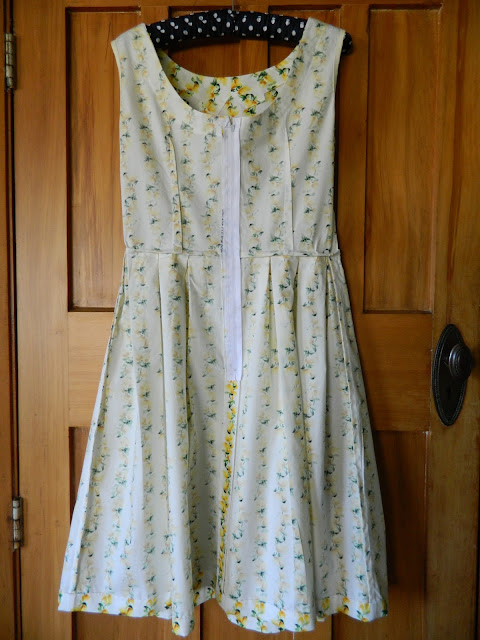 Most of the seams are french ones because I'm lazy. You see, the overlocker is in a different room to my sewing machine. This means I have to go all the way to the other room if I want to overlock anything. It just seems easier to stay at my machine and sew an extra seam. As an added bonus, the finish you get with french seams makes the inside pretty. 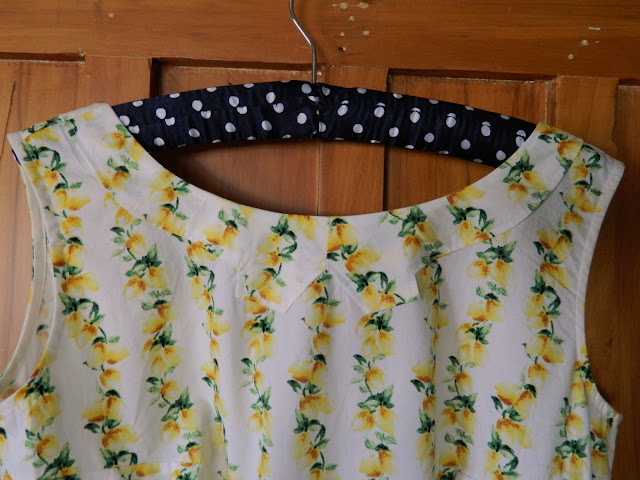 This is the detail on the neckline.The background colour is weird. It looks white next to cream things and cream next to white things. I topstitched it in white which looks alright, but doesn't match perfectly.

I love this dress. Yellow and cream/white are not normally colours I would go for, but I love lemons, both real ones and prints. 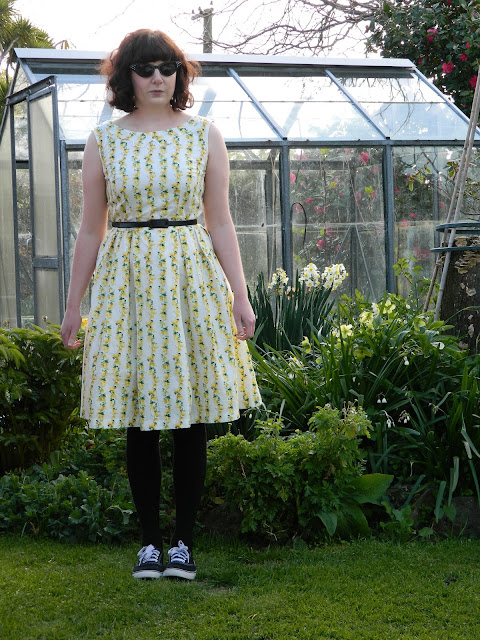 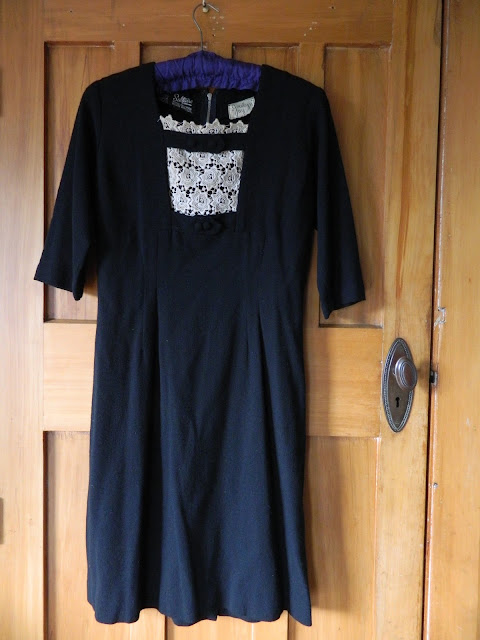 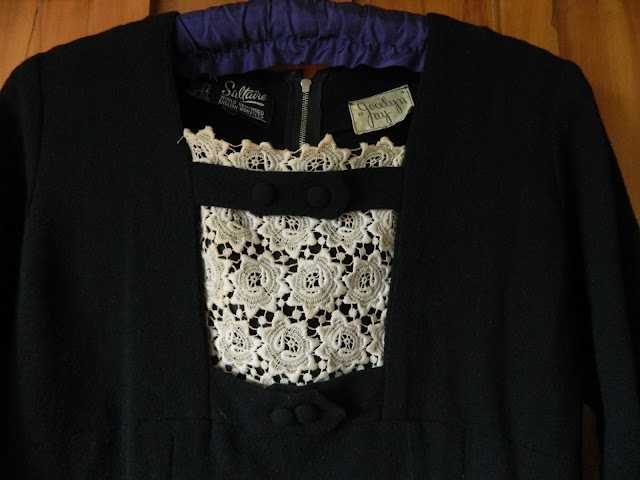 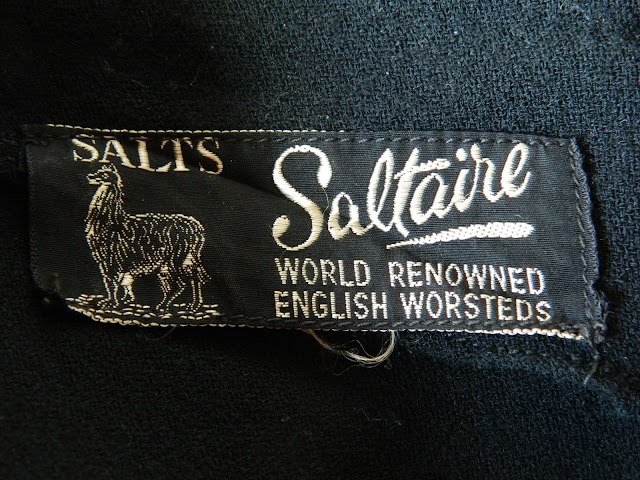 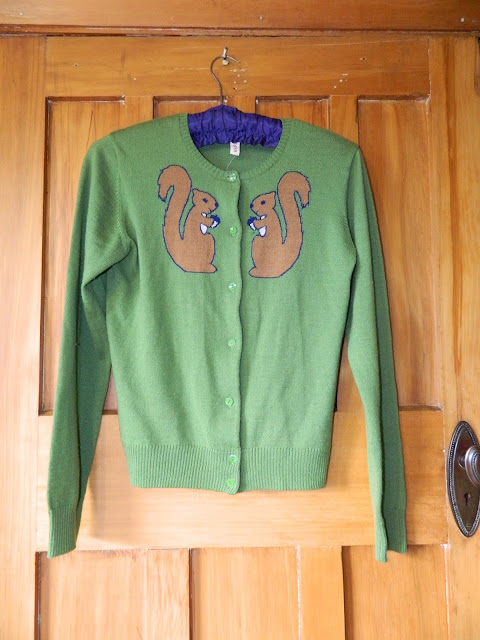 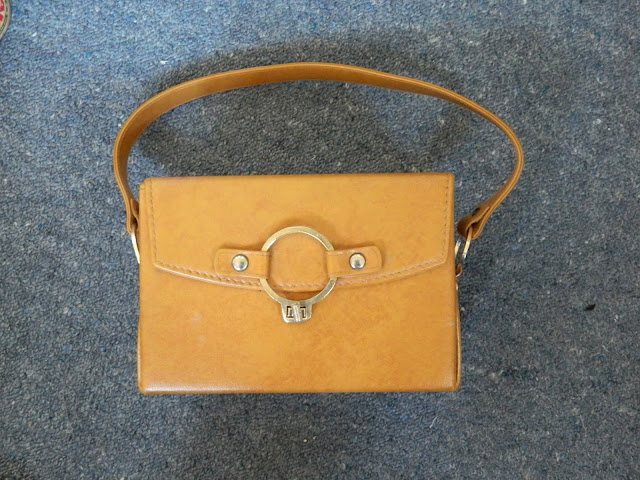 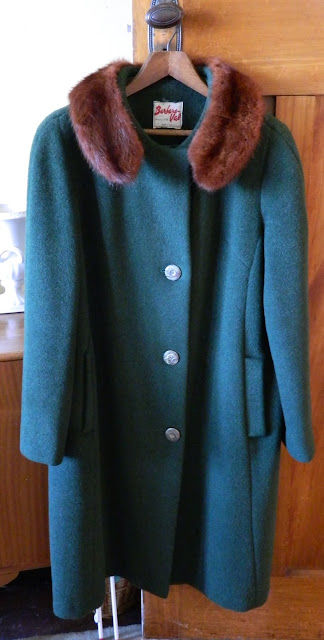 This wool coat was from an op shop in Petone. I have a similar red one, but the green one fits much better. Since I took this photo I've taken off the fur collar and put another one on because the original collar did not feel nice at all.
Posted by Camelia Crinoline at 2:42 PM 22 comments:
Labels: op shopping finds, second hand
Newer Posts Older Posts Home
Subscribe to: Posts (Atom)