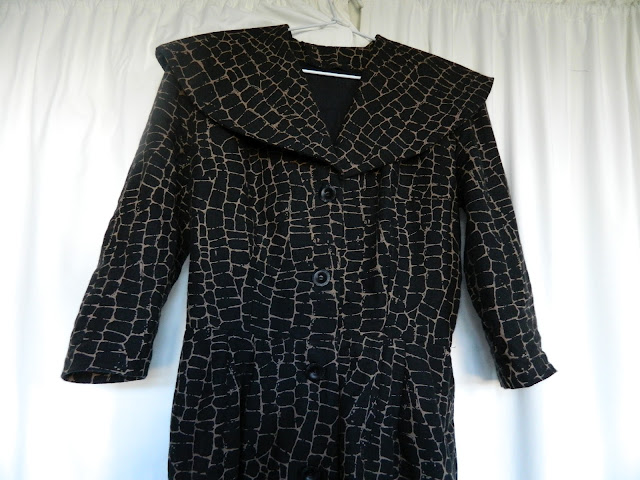 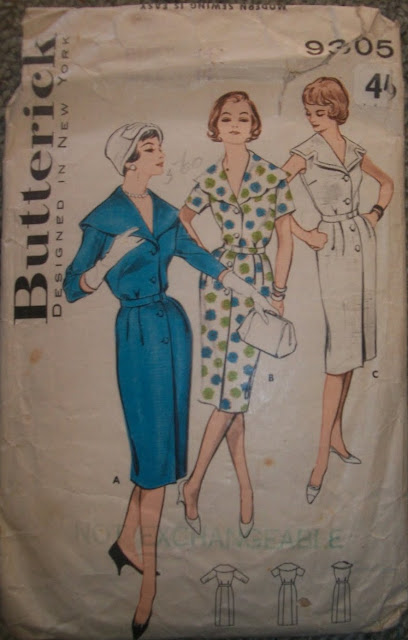 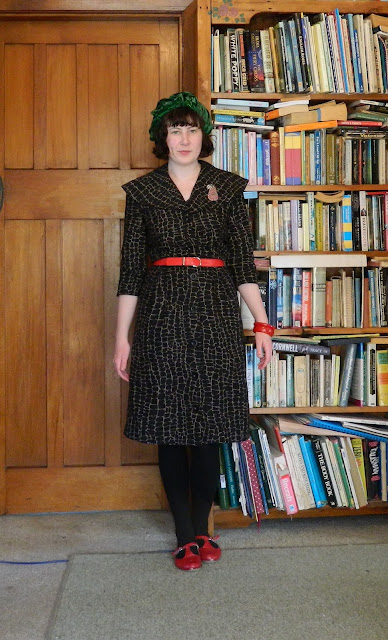 I was searching for something else when I came across these amazing Dior sketches from the 50s on the Fashion Institute of Technology's Library Department of Special Collections. From what I can gather, they are from a collection for Bergdorf Goodman.

I'm pretty sure this sketch is for this gorgeous suit, which is part of the Fashion Institute of Design and Merchandising's museum collection. It's from the Autumn/Winter 1955 collection.

This is pretty much my dream coat.

I love the bow on this one.

And the bow on this one too, obviously.

There are tons of other sketches in the collection. You can see the rest here. 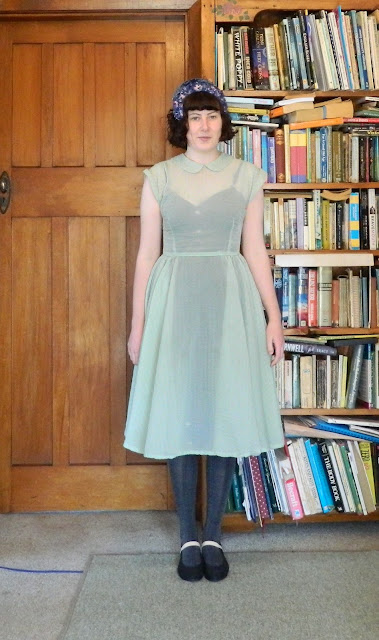 I try not to wear pale colours because, as you can see, they tend to just blend in with my skin tone, but I love this dress. It has lots of lovely details, like shirring on the shoulders, a peter pan collar and piping at the waist. I took the hem up, because, although the original floor length was lovely, it wasn't very practical.

Put a Bird on it II 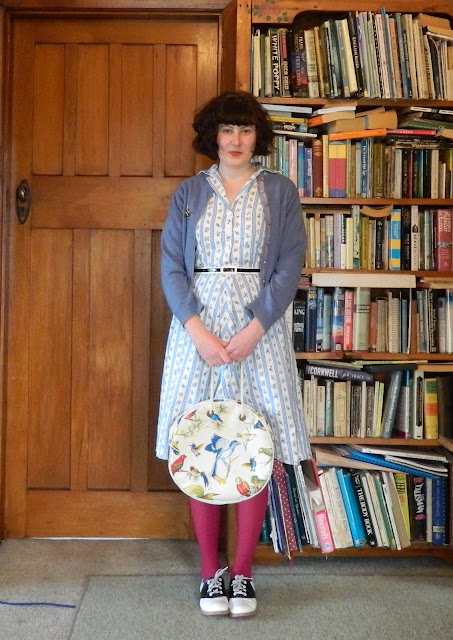 I have been busy with uni lately, and haven't had time to do any sewing or op shopping but I have been wearing clothes, so I thought I'd just show you what I wore today. 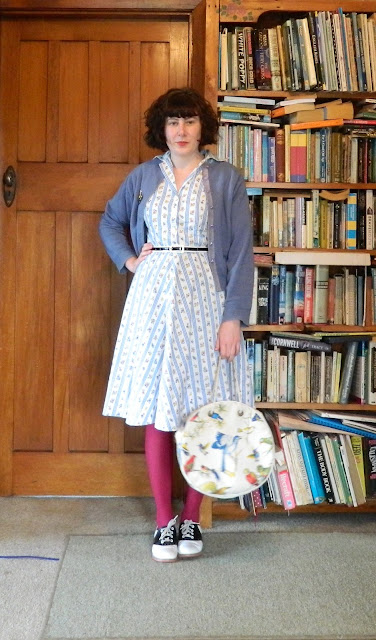 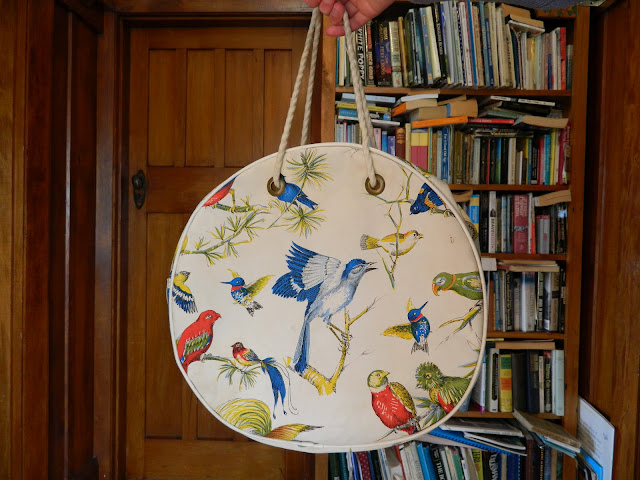 The bag is one of my favourites. It's actually a toilet bag but it's way too awesome to use for that. It's not just me that thinks the bag is great, every time I use it someone comes up to me and says, "I love your bag". 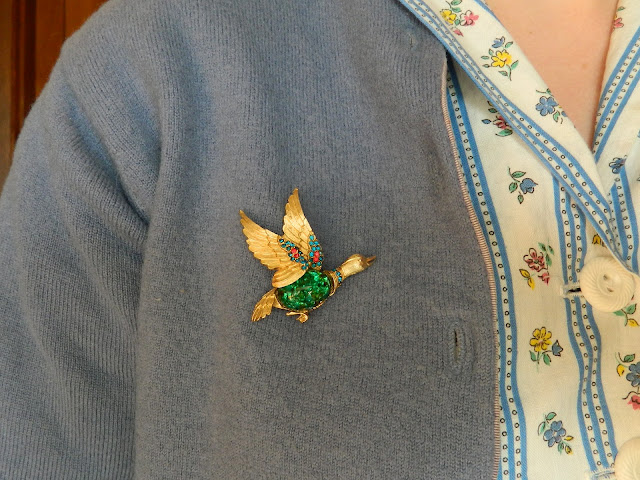 I wore a pair of 1970s platform shoes a couple of posts ago and Vix wanted to have a closer look at them, so here they are.

I bought them from Etsy and they were my first pair of '70s platforms. I have a small collection now (if three can really be counted as a collection).


I wear the cream ones the most. They are surprisingly comfortable. The red ones are really high (even though they don't look it in the photo), and I'm slightly afraid that I'm going to do a Naomi Campbell and fall on my arse. I was actually wearing the black and white ones when we had a 5.5 magnitude earthquake and I didn't fall over so I guess they're not too high. 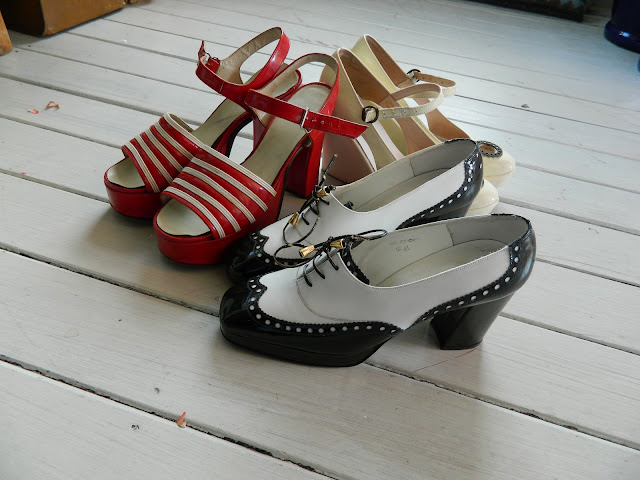 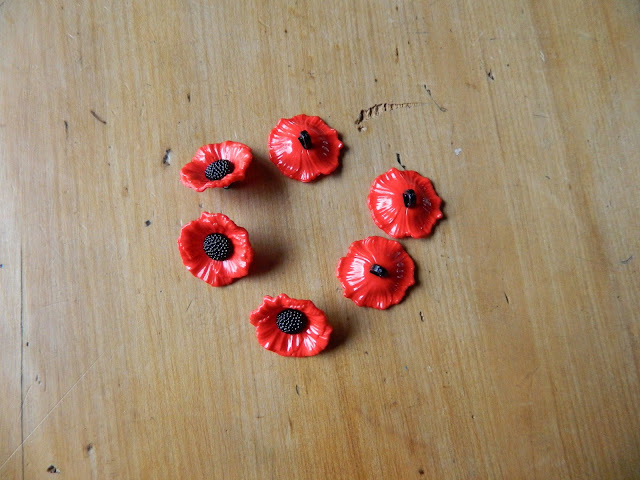 I bought these cute floral buttons a couple of years ago. I planned to use them on a blouse but then I realised that the shape would make them awkward to do up and undo. They've been sitting in my button stash (yep, I've got a stash of those too) ever since. Then I saw a vintage floral celluloid necklace in this post on Va-Voom Vintage. I could use my buttons to make a vintage inspired necklace. 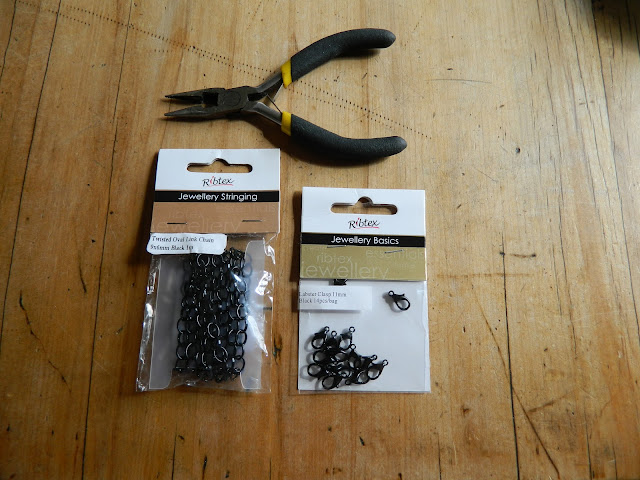 I got a chain and clasps. I used my trusty pliers (seriously, I use them all the time) to attach the clasp and the buttons to the chain.


It was so quick and easy, and I really love it.

And here it is in action (not that you can really see it): 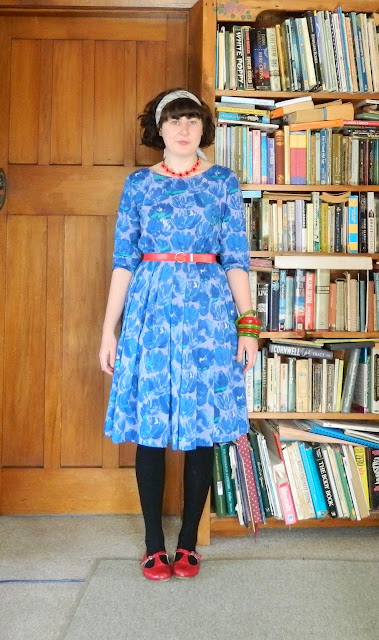