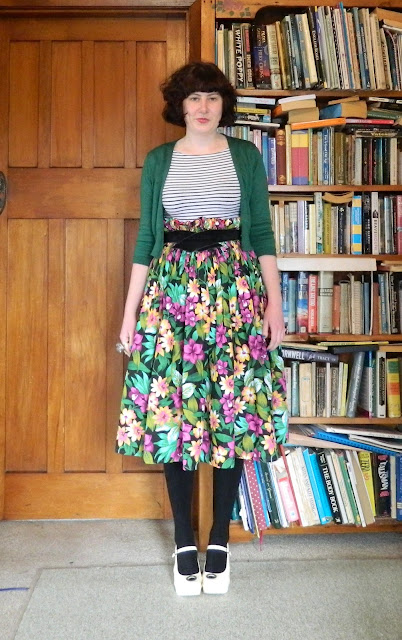 This kind of outfit doesn't happen very often these days. I'm not wearing anything I made or anything vintage. Well, I guess the shoes are vintage. They're from the '70s. Is that considered vintage these days? 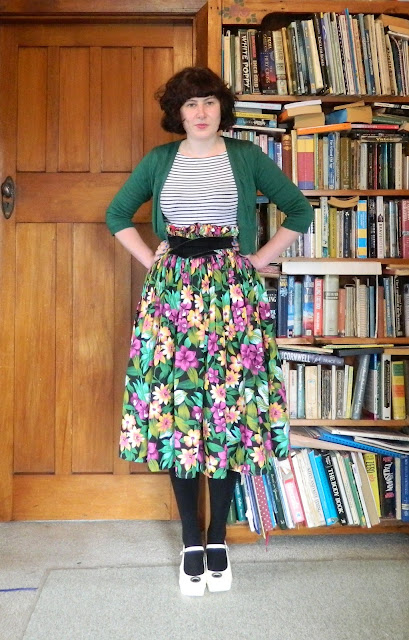 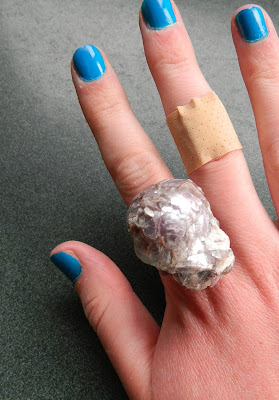 I wore this to register my car because my life is just that exciting. I also cut my hair, and by that I mean, I literally cut my own hair. I haven't been to a hairdresser in over a year. I think I made it a bit short but it'll grow pretty quickly and I have a large collection of hats, so it's not a big deal.
Posted by Camelia Crinoline at 6:28 PM 24 comments:
Labels: op-shopping, outfit

I had grand plans about posting more often while I was on holidays but an unexpected family thing came up, so I've been without the internet for the past week and a bit, and haven't posted in ages.

Two weeks ago I went to 'A Life in Frocks', a vintage fashion show which had clothes from the 1950s, '60s and '70s. The ticket said "dress-up optional" (as if I needed any encouragement), so I decided to make a hat to wear. 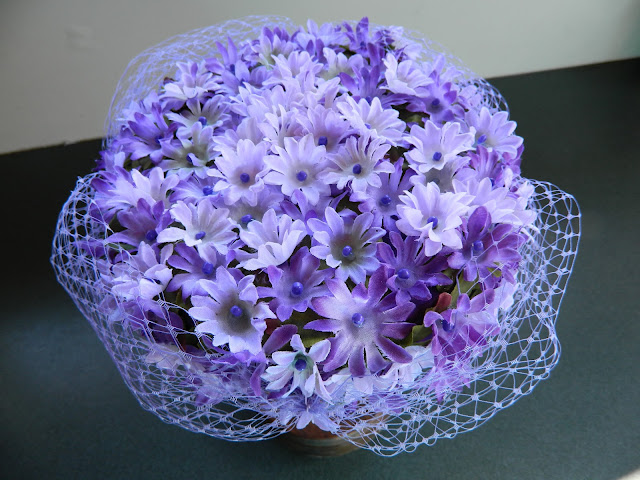 I made a pillbox base from buckram and covered it in purple cotton fabric. I pulled apart a couple of bunches of fake flowers, and glued the leaves, and then the flowers on. The bits in the middle of the flowers are purple beads. It took me ages to do all the gluing. I know that gluing is a huge millinery no-no, but I'm not a milliner so I don't care. 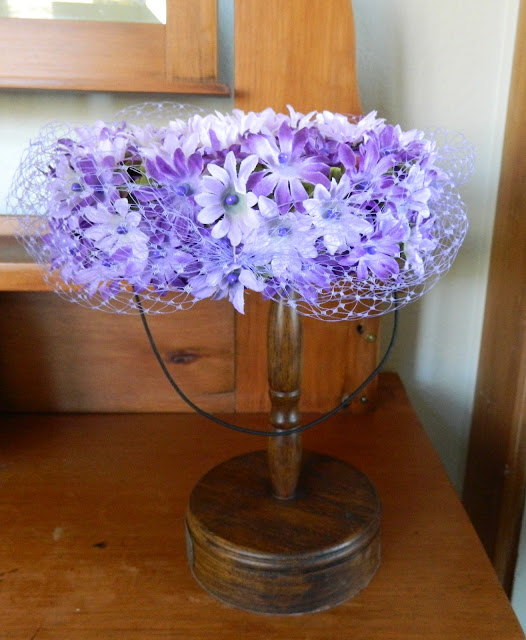 The veiling (from Hat Shadows on etsy), is gathered by hand and then stitched onto the flowers at the front, back and sides. I added elastic to hold it on my head and used some bobby pins to make it extra secure when I wore it. 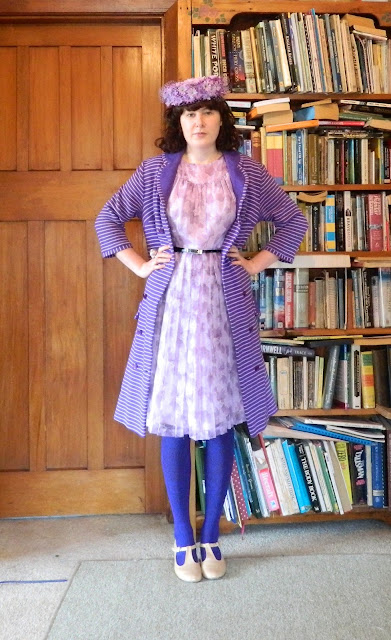 The show was really good and there were some fabulous clothes that I wouldn't have minded taking home.
Posted by Camelia Crinoline at 10:06 PM 26 comments:
Labels: hat, outfit, pillbox hat, vintage dress

How do you pose in a cape?

I bought this cape at the op shop the other day. I liked the colour but it was really long and I already have a long cape. Since it doesn't have a lining I just cut the bottom off just below the last button. I think it's handmade because there's no tag. The person who made it lined up the stripes pretty well so it was easy to hem. I just folded along one of the lines. 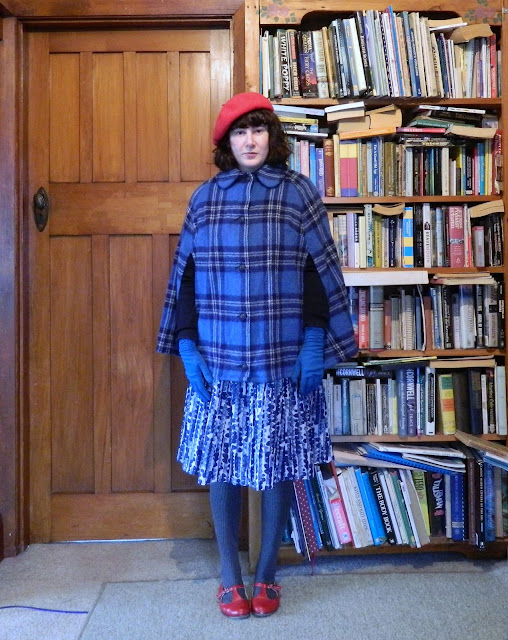 Weirdly enough, I bought this cape at the same place I found my long cape. There were a couple of other capes for sale there the other day too. It must be some kind of cape hot spot. 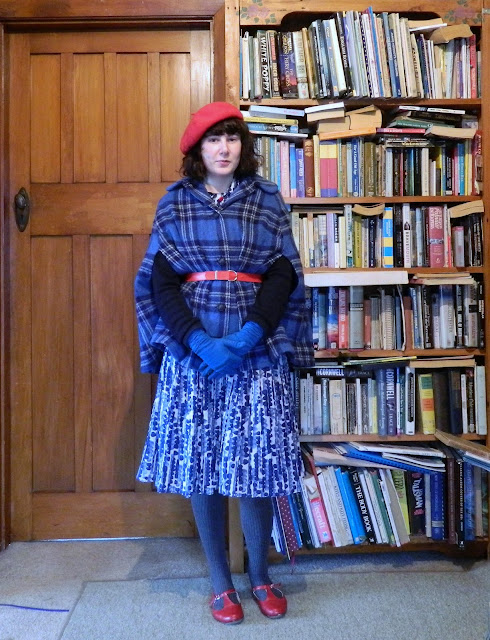 It's kind of hard to take photos wearing a cape. I can't do my usual hands on hips pose for obvious reasons and the slits make your arms hang forward so all the photos look awkward. Well, more so than usual anyway. In real life I liked it better with the belt but looking at these photos, I think I like it better without.
Posted by Camelia Crinoline at 9:45 PM 35 comments:
Labels: cape, op shopping finds, refashion

Remember when I did that post about the New Zealand labels on some of my vintage clothing? Well, this is one of the dresses that was made/sold in the city where I live. 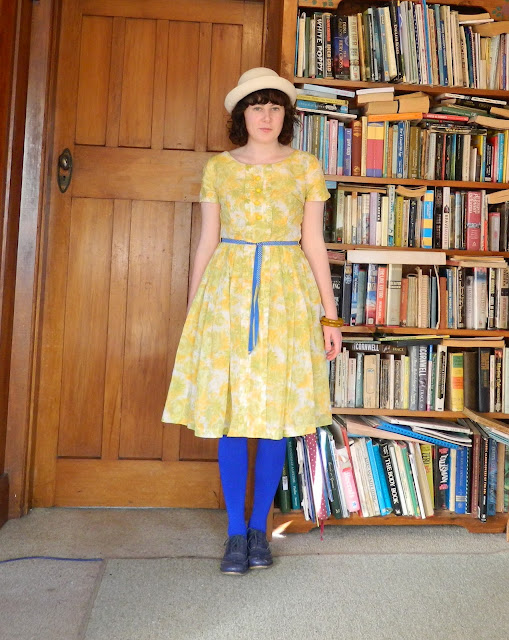 I've only worn this dress once before because the hem had come down, and I needed to mend it. It took me about 5 minutes to do, but I left it sitting in my mending pile for months. For some reason it's hard for me to get motivated to do mending. I would rather sew a whole new dress than mend one. It's ridiculous because once I actually make myself do it, it usually takes no time at all. 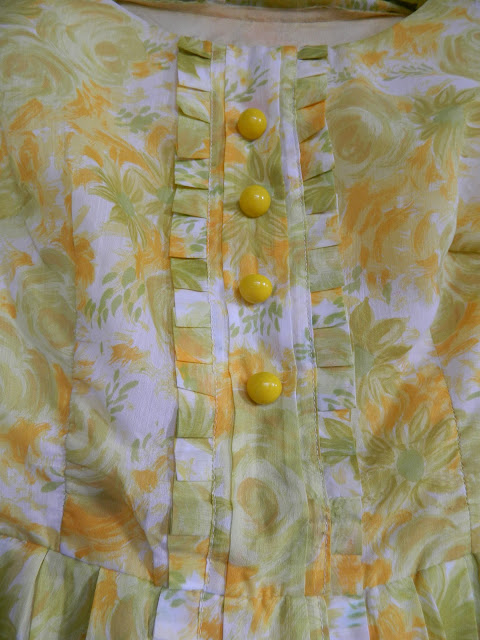 I love the pleating detail down the front. I also love that the stitching isn't straight. As someone who sews it's nice to see non-handmade vintage clothes with wonky stitching. It makes me feel a bit better about my sewing when it isn't perfect. I know how hard it is to get topstitching straight so I sympathise with whoever made this dress.
Posted by Camelia Crinoline at 11:55 AM 33 comments:
Labels: 50s, 60s, outfit, vintage dress 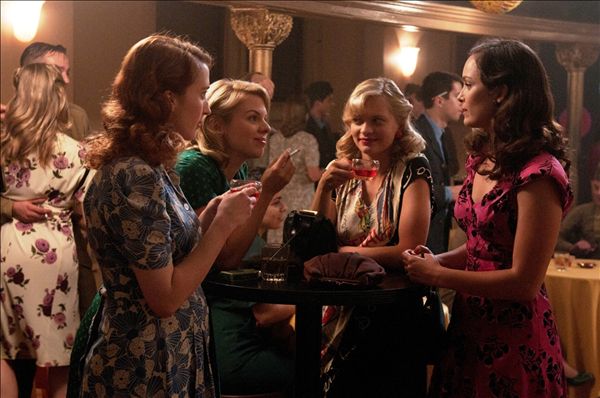 
Bonus picture of Betty and Kate dancing because they are adorable and I ship them.
Posted by Camelia Crinoline at 9:27 PM 22 comments:
Labels: 1940s, bomb girls, television
Newer Posts Older Posts Home
Subscribe to: Posts (Atom)