I've been pretty busy studying for my exams next week so I haven't had much of a chance to blog lately. I finally managed to take a picture of my finished Moonrise Kingdom inspired dress. It was taken inside and it's pretty lopsided but it had snowed outside.


The pattern I used for the dress was Butterick 5317 from the late 60s. I made quite a few changes. I redrafted the collar, and the sleeves, drafted some cuffs, shortened it a lot, put the zip in the back and left off the faux pockets. 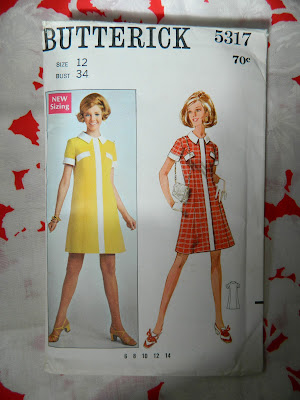 In the trailer for Moonrise Kingdom Suzy looks like she's wearing a rope or something tied around her waist. I tried my dress with a belt but it went all bunchy so I decided it looked better without it. 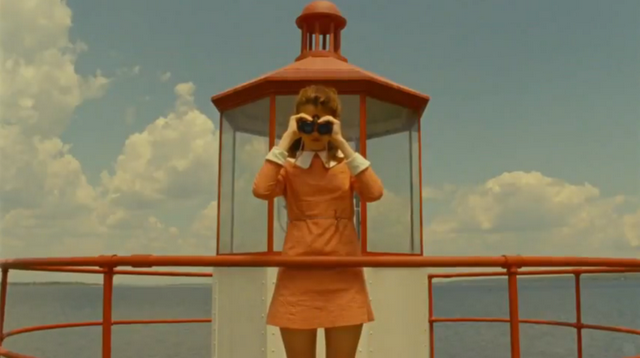 I quite like the finished product but the fabric is a pain. If you look at it wrong it creases. For some reason it was fine when I was sewing it, but then as soon as I put it on it it started wrinkling like crazy. I ironed it just before I took the photo and you can see it's already pretty wrinkled.
Posted by Camelia Crinoline at 10:14 PM
Labels: 60s, Butterick 5317, dress, Moonrise Kingdom, sewing