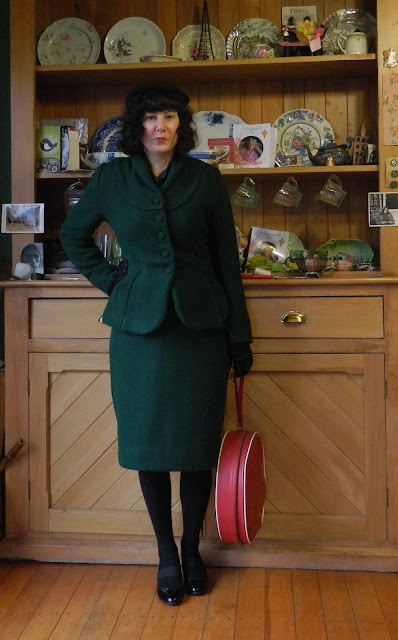 Here's one of the hatpins I made in action on the hat I was wearing.
Posted by Camelia Crinoline at 10:27 PM
Labels: McCall's 8813, sewing, suit, vintage